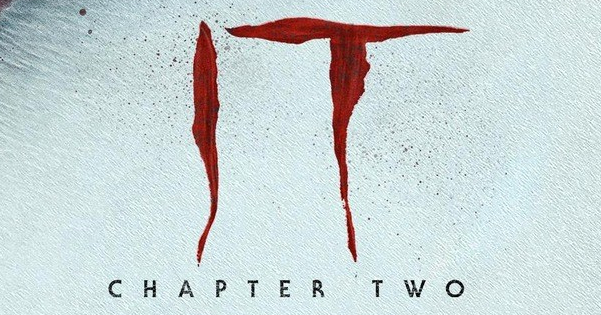 Taking place nearly 30 years after the first film, the adult Losers Club are called upon to return to their childhood town of Derry. It is there that they will have to destroy Pennywise once and for all.

While I didn’t love Chapter One, I still thought it was alright and it definitely had some good things about it. Chapter Two is more or less in the same boat, but a tad worse.

In terms of the cast, it was really good. For their performances, everyone did a fine job. Their comradery between them I liked and some of the interplays they have were nice.

The character of Pennywise was still fun to watch. Every time he appeared on screen I was a bit excited to see what he was going to do. He does deliver a couple creepy and funny moments.

In terms of the humor, it does work at times. Much of the comedy came from Bill Hader playing grown-up Richie. It was going fine with some of the ridiculous/outlandish creatures that were present.

Now when it came to the creature effects, a lot of it didn’t hold up. The CGI didn’t look that appealing. To be fair it is not as bad as the giant spider from the miniseries, but that is not saying much. But in terms of the production design, I think it was pretty good. Like Chapter One, the haunted house appeared in here which was a joy to see. The setting during the film’s climax was also very cool.

I got to say the trailer ruined the best creepy scene in the movie, which involved the apartment housing the old lady. This was the best in terms of setting the mood, cinematography, and sound design. There was one jump scare that did legit work for me. It had to do with a Paul Bunyan statue.

But beyond those two scenes, the film didn’t deliver many scares, unlike its predecessor. I believe it came down to the excessive runtime that the movie gave, thus making me bored while watching.

With it being nearly 3 hrs, it seemed like so much was being cramped in here. As well as showing the material and dragging it out for a long time. Some of it was kind of cool to get a new perspective on things that weren’t seen from Chapter One. But lots of it was unneeded and it didn’t have to be in this one. The best example was the bully, Bowers, coming back to get revenge on the Losers Club. Remove him and it wouldn’t have changed the narrative in the slightest.

At times they felt like grown-up versions of their kid counterparts and not like actual adults who have matured. All of these characters had to go through a regressive character development when they have to go back to their roots. Nothing wrong with regressive development, it can work. Though here it didn’t seem to be all too necessary. I thought many of these dilemmas were taken care of prior. Again, it was nice to get new angles, but there was no reason each member needed a long segment for themselves to think of their past.

One running joke involved the character of Bill, played by James McAvoy, who had a thing of writing bad endings for screenplays. I think it was a foreshow for the ending of this. The film’s ending wasn’t bad necessarily, but it ended how one would think.

There were some little things that I didn’t care too much like the love triangle between Bill, Bev, and Ben. Or the very beginning involving a gay couple getting beat up.

Much like Chapter One, Chapter Two had some weird filmmaking moments. The most prominent example involved the sudden inclusion of the song “Angel for the Morning.” It came out of nowhere and it ended abruptly.

It: Chapter 2 had a great cast, fine performances, good set designs, and a couple creepy moments. But the long runtime, the regressive development scenes, bad CGI, and not enough scares brought the whole experience down. I would say wait in order to fast forward to not get bored.