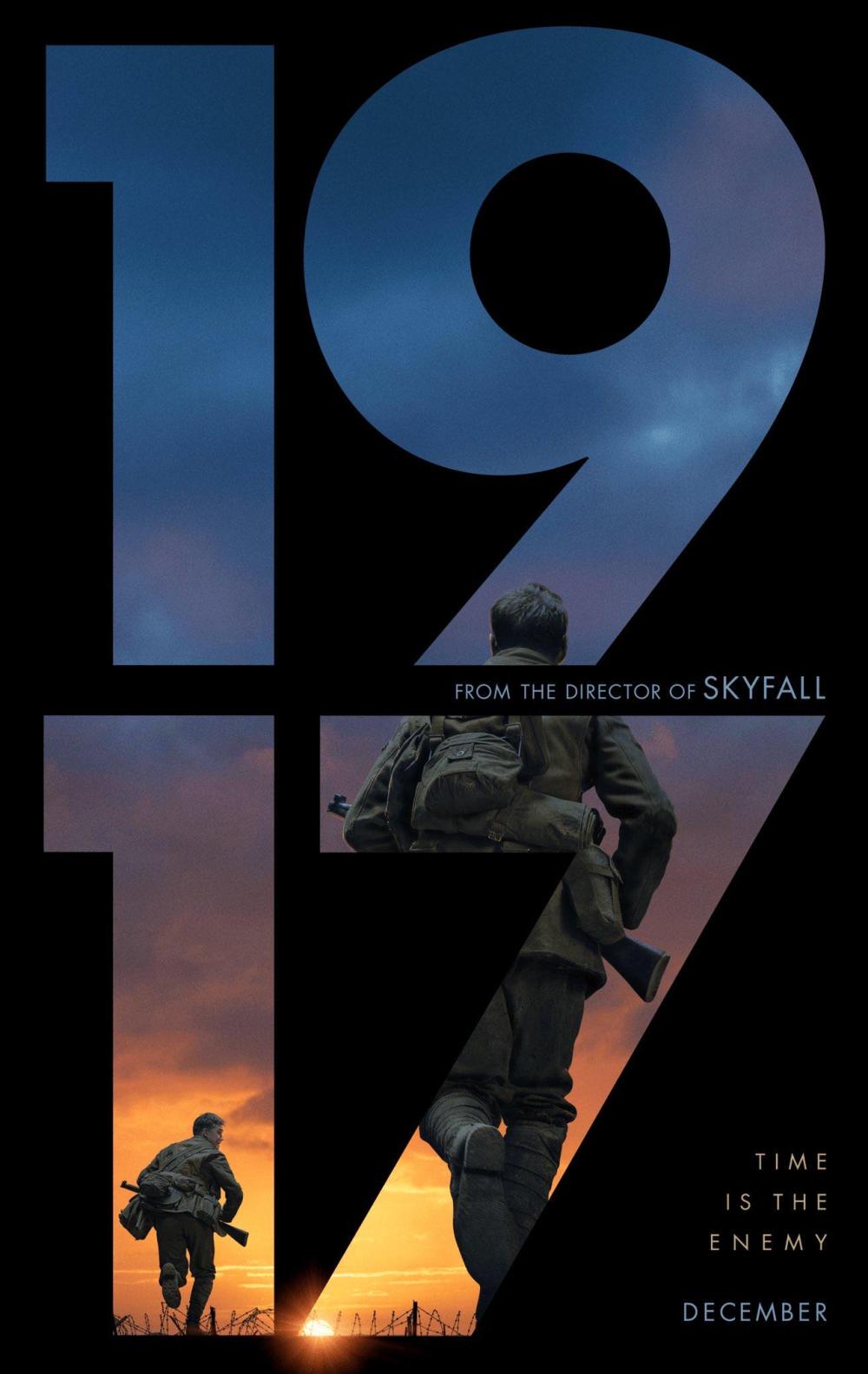 Two WW1 soldiers have to travel far distances to get a message in order to call off an attack.

Director Sam Mendes has brought forth the realism of war in a thrilling manner from start to finish.

Now the biggest selling drive from this film was it seemed like it was shot in one take, to which it was done great. It was this cinematography-style choice that made one get involved in the story, the characters, and the intense circumstances that came to play. Roger Deakins’s camerawork showcased the mood and atmosphere of the gritty portrayal of WW1 in France.

The best scenes were when the two main characters had to cross “No Man’s Land.” It was there one could see dead bodies laying on the ground or drifting in pools of mud in craters. I remember fondly of the two soldiers walking on the edge of a mud pool trying to not slip in. There was a segment where they were going through an area of destroyed german cannons and ammunition was littered all over the place.

Performances in the film were really good. While it was nice to get the emotional resonance through dialogue, for a film like this, the resonance came from the facial expressions or when there wasn’t any talking. These scenes worked so well as showing that one doesn’t need to have talking when setting the grim tone right.

One could feel the struggle and pain that the two heroes were going through, especially with the character of Will. After witnessing his friend Tom get stabbed, he wasn’t stopping for anything to get the message sent and find his brother. The scene where he was trying to push the army vehicle all by himself. The journey that he went through was a thrill and like Will, one felt relieved and wholesome by the end. Once everything was squared away for good, one would want to lean up against a tree to rest.

The environments depicted had a lot of depth and many things to spot. It was this that made one really appreciate the challenges that a WW1 soldier went through. One slip-up would get a soldier killed or have one of their wounds get infected. The danger was around every corner and the well-done sound effects of gunshots were a helpful reminder for this.

The village of Ecoust was a really cool setting. It was nighttime and the only light that was illuminating the deserted town was the fires/ammunition fired in the air. There were some great heavy shadows and it seemed like I was watching a noir-type film.

As seen from the trailer, the shot of Will running as the attack was happening was awesome. A sense of adrenaline could be felt as it was the last leg of the hero’s journey and the musical score aided in this. Though I will say the best score to me happened before this where one soldier was singing a tune in front of his comrades in the woods.

Now they were things that do set this film back for me giving it a perfect score.

The CGI was kind of a distraction. Primarily with the animals, the rats were the most to blame. It was not good CGI mind you. There was one time where the movie lingered on one rat for quite some time, to a point where that rat pretty much became a plot point to get things moving. Not only was there the CG animals, but there was a moment where Will would jump off a small ledge and into the river. I feel like a majority of these effects took some of the realism away.

As with the movie being in one continuous shot, there was one time where the film did cut to black for about 10 seconds. I felt like it was at that moment the seamless one take feeling was stripped. The filmmakers could have easily had time in the film go by as the camera was still rolling.

“1917,” is a must-see for anyone wanting to get an intense and thrilling war experience. With great performances, nicely done music, a well-done direction by Sam Mendes, and stellar cinematography, this will keep one on edge. Highly recommend it.